Wow! I haven't posted in more than a year!?! I was surprised (just now) when I realized that.

Since I am active on Facebook and Instagram, even though I haven't been sewing a lot, I don't feel disconnected from the sewing community.

If you have been following me, you know that I have an obsession with Dash, the stuffie I produced as the mascot for the Dart programming language. Well, Dash's popularity has taken off and she's also become beloved by folks who use the Flutter framework. (I used to document Dart, and I now document Flutter.) Dash even has an Instagram account! 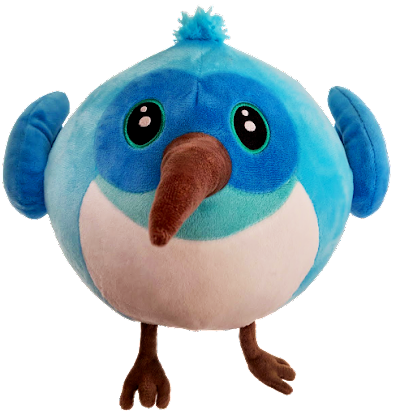 When I attended the Flutter Live event in London last December (where we launched Flutter 1.0), I got it into my head that I needed a denim jacket featuring Dash on the back. A product manager on the team further suggested that I add the text "Born to Hot Reload." (Hot reload is a Flutter feature.) 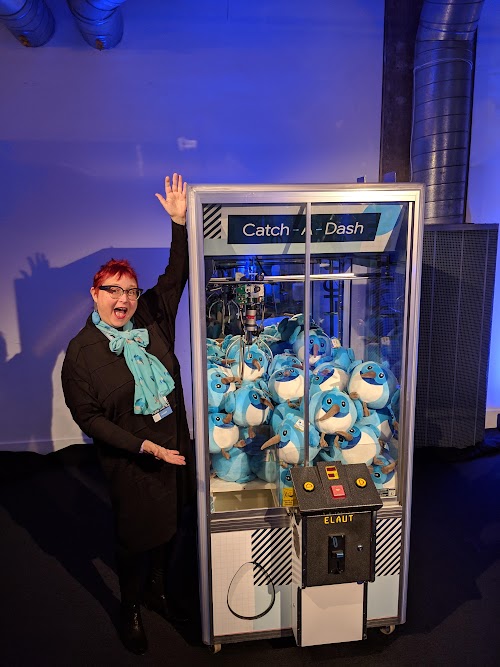 At Flutter Live, we brought in a claw machine and filled it with Dashes.
The machine was insanely popular with a massive line until we (sadly) ran out of Dashes. 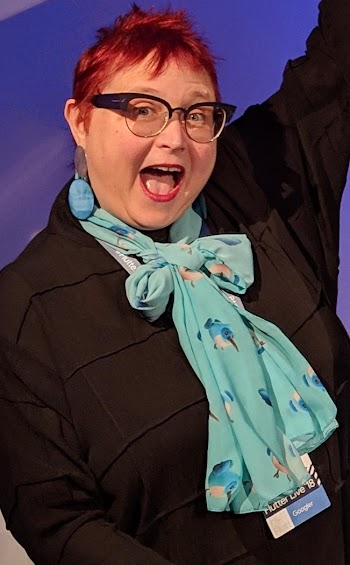 I took a stab, by myself, at creating the image I wanted for the denim jacket, but I am no Photoshop expert. Enter Jeff D, a friend from my Sun/Oracle days. He manages software engineers by day, but he's a master of Photoshop and all things digital. Jeff graciously created the design that I envisioned. I gave him the hex code of the denim color that I wanted, and asked him to make the denim look textured, like an actual denim fabric. (Though I had no suggestions on how one might accomplish that.) And, of course, I asked him to include a large Dash graphic surrounded with the "Born to Hot Reload" text. Jeff's final design was perfection! I printed it on Spoonflower's Dogwood Denim fabric (a non-stretch, heavy-ish denim that begins as a white fabric). 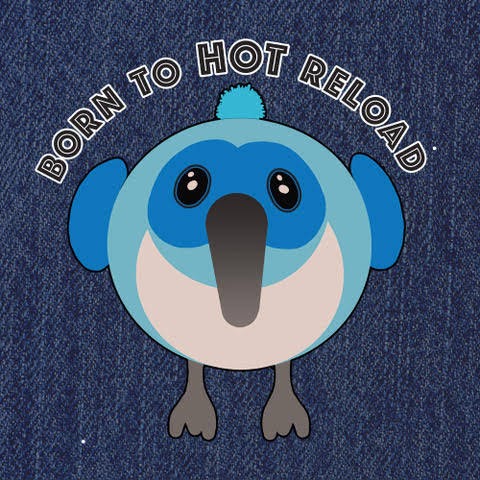 For the pattern, I chose Style Arc's Stevie Jean Jacket. It had the features that I wanted and wasn't overly fitted. 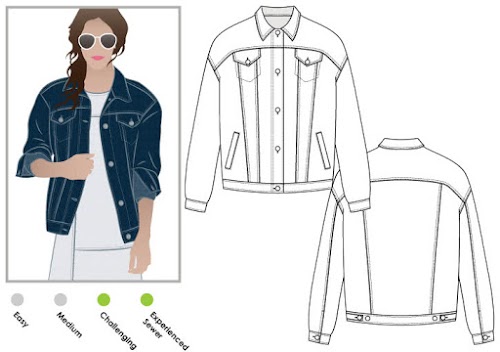 I received the pattern and the fabric just before my first sewing retreat last March. On the retreat, I traced off the pattern, increasing the seam allowances to 5/8". Since the jacket is unlined, I wanted to finish the seams with a Hong Kong finish, and 3/8" is not enough seam allowance for that. I made a muslin and my sewing pals on the retreat helped me fit the jacket. I think I made 2 muslins, in the end, before transferring the changes back to the pattern.

On my second sewing retreat, last April, I cut out and started sewing the denim. Topstitching and finishing every seam with home-made bias binding slowed the project. I can't remember ever making welt pockets in denim before—not a very forgiving fabric. Also, I devised the pockets such that there are two entrances. You can enter on the front via the welt, or on the inside, you can enter a different pocket pouch from the top. For the pocket pouches, I used a quilting cotton I had made that also features Dash. 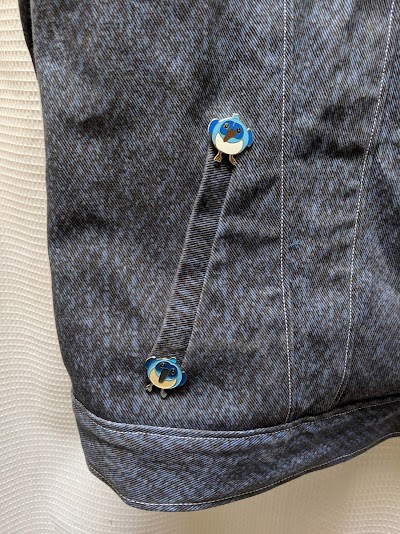 I really should have pressed the jacket before taking pics! 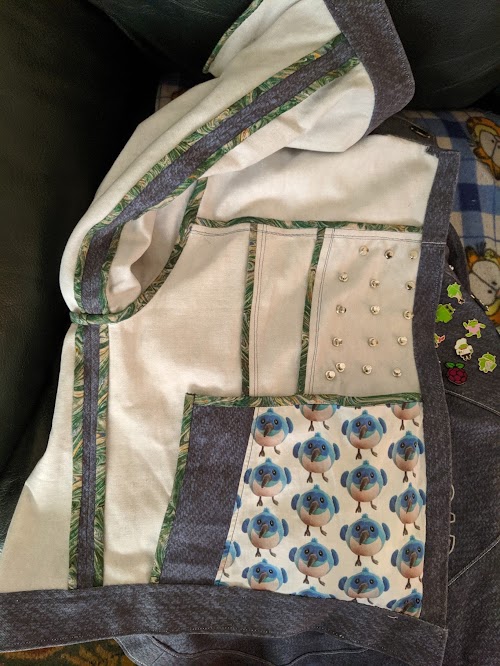 I wanted to wear the jacket at Google I/O, the big Google developer event held this year on May 7th-9th. I sewed every evening and finally finished it the night before. Well, I sorta finished it. I used Dash lapel pins to mimic buttons, so I never made buttonholes. I still haven't, and I probably won't. :)

I decorated the jacket with lapel pins I had been collecting representing different facets of Flutter's ecosystem. The jacket was a lot of fun to wear and I was stopped many times and asked to pose for photos. 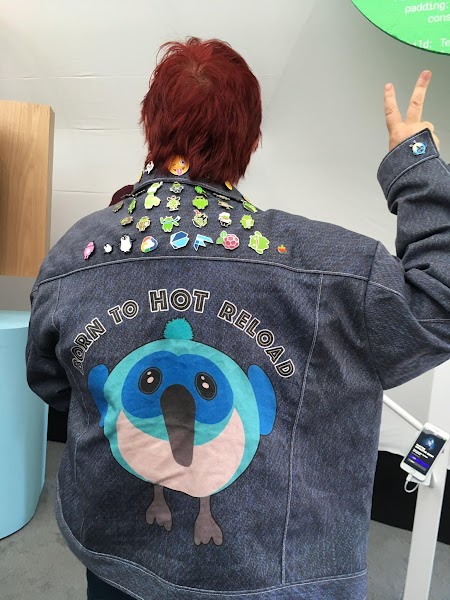 A colleague (hi, kevmoo!) took this photo at the end of the conference, after I'd been wearing the jacket for 5 days straight 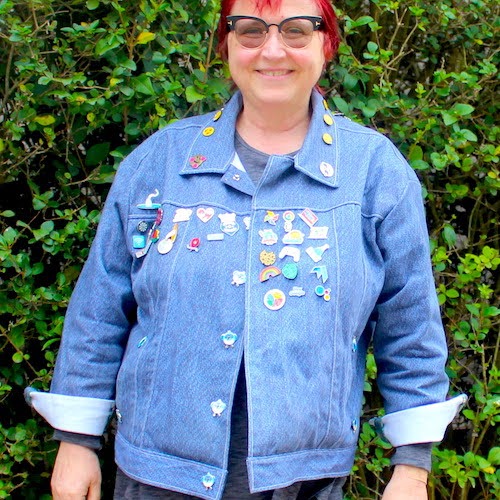 I was very happy with the jacket and I plan to use this pattern again!

I have fallen in love with some of the whimsical designs on Spoonflower. Case in point: I had to have some of this boobie fabric: 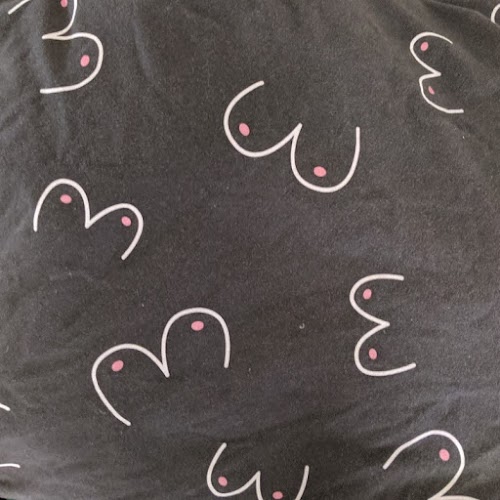 I ordered two yards of this design on their cotton spandex jersey, which is quite nice. I used it to make some pajama bottoms: 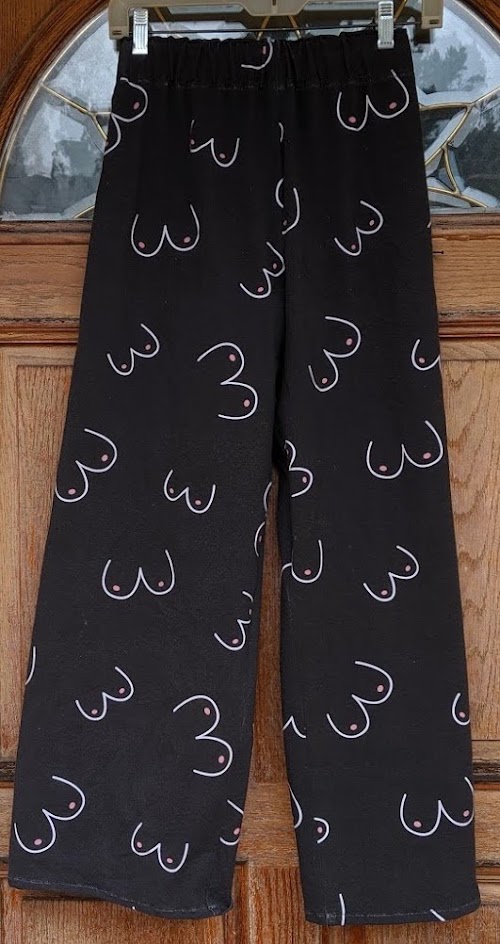 For the pattern, I used Butterick 6348, a now out-of-print See & Sew pattern. This pant has no side seams and this style is sometimes referred to as a "one seam pant." Therefore, the legs are straight, as it's hard (nay, impossible) to taper a pant that has no side seams. I added a bit of length to the longer view and omitted the casing and tie, but otherwise, I made a standard Medium. 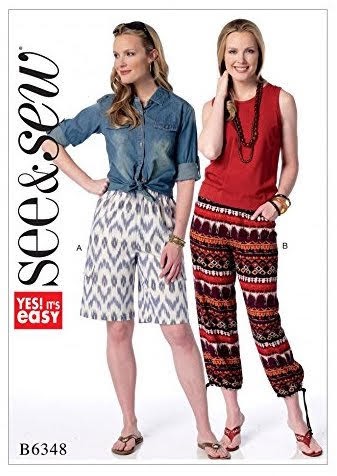 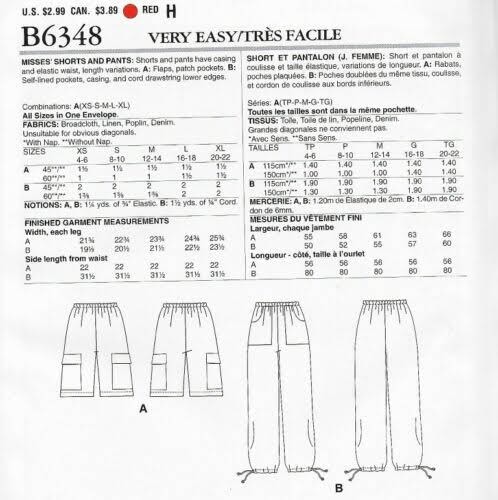 What have I been up to in the last year? Well... I have already finished another project but don't have photos yet. I am *so* out of practice taking project photos! I had to buy a new device to upload my photos, as the old device didn't work on my new-ish laptop. Also, I couldn't find my camera remote and had to order more. (I got spares...) And I'm still sewing *slowly*. :D 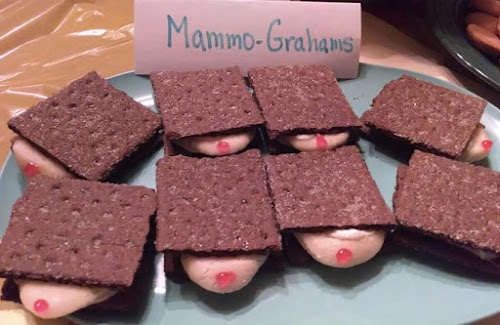 I don't know who to attribute for this image, but it amuses me!
shams at 4:14 PM